A Revolution in Jewish Historiography: Essentials of Geo-Mapping

Diarna (“Our Homes” in Judeo-Arabic) is pioneering a new approach to understanding Jewish history and preserving cultural heritage sites. Driven by a unique combination of cutting-edge technologies and innovative fieldwork, the Diarna Geo-Museum explores Middle Eastern Jewish life through the prism of physical location. Here is a guide to the essentials of Diarna’s geo-mapping: 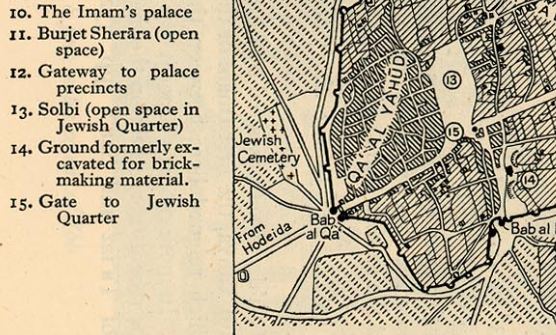 Build Database of Heritage Sites: Diarna researchers collect leads on sites from a diverse range of sources: oral testimony, academic books, old map collections, Middle Eastern websites, photo archives, and on-the-ground exploration. The result is a list of synagogues, cemeteries, schools, businesses, shrines, and other unusual historic locations (e.g., forgotten Jewish fortresses in Arabia, the shrine of a Judeo-Moroccan saint guarded by a solitary Jewish monk, the apartment in Damascus from which Eli Cohen sent his secret broadcasts). Diarna’s database includes over 700 such sites from Morocco to Iran. 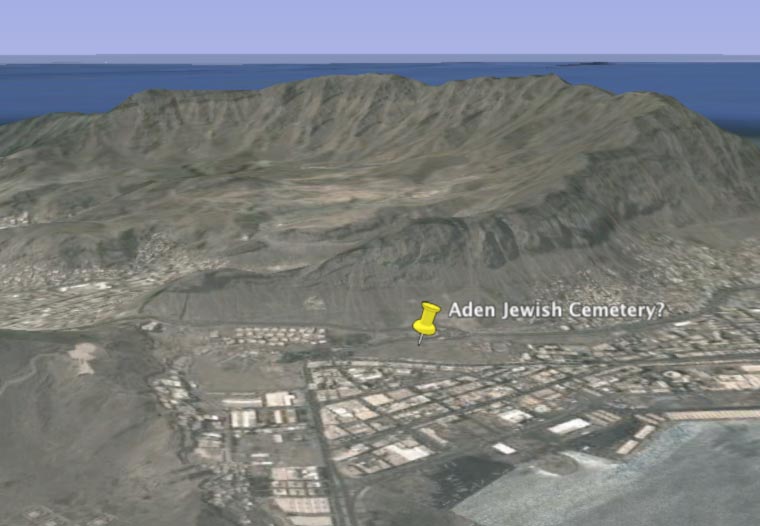 Map Each Site in Google Earth: Diarna then uses Google Earth — a free program providing satellite imagery of the entire globe — to pinpoint the exact location of each heritage site. A virtual pin is placed atop the satellite image to tentatively mark the site’s spot. Locations are determined using many of the resources above, including sending researchers with GPS units to get exact coordinates for decaying cemeteries and synagogues. Google Earth positioning helps to situate sites in their physical and topographical contexts.

Collect Photographs (Archival and Contemporary): To supplement the satellite imagery taken from overhead, Diarna researchers assemble photographs documenting the site’s exterior and interior. Archival photos, some dating from the 19th Century, are collected to document the sites when they were in regular use (most Jewish sites in the region are today abandoned and rarely visited). To show the current condition of the site, contemporary photos are also taken by Diarna’s grassroots network of photographers.

(From left to right): Archival and contemporary photos of the Dar Bishi Synaoguge: Tripoli, Libya 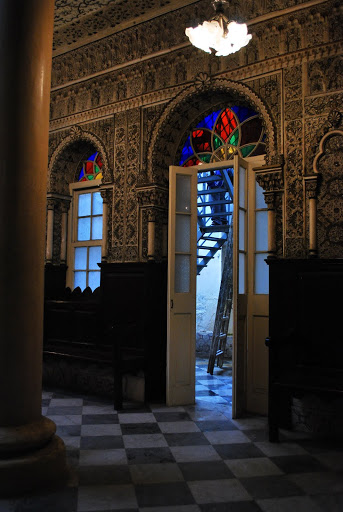 Take Immersive Panorama Photos: Diarna researchers, whenever possible, produce panoramic photographs, offering 360-degree immersive views of sites. Panoramic photos offer a much fuller experience than standard photos, as viewers can tilt views and look from the ceiling to the floor while zooming in to examine distant elements and read inscriptions.This helps viewers virtually enter sites (e.g., Delve into a panoramic of the Tangier Mellah Synagogue)

Build Three-Dimensional Model: Architectural models of sites can offer another kind of immersive experience. Diarna’s digital architects use photographs, original architectural plans, and measurements taken while on expedition to reconstruct exceptional sites with 3-D models. Published in Google Earth, these sophisticated models enable virtual visitors to see how a site fits into its surroundings and to navigate through the front door for exploration of the interior within.

Film Oral History: The living legacy of a heritage site can be captured via the human lives it touched. Diarna researchers therefore aim to record first-hand testimony from people who shaped and were shaped by these sites. This entails interviewing architects who built shrines, congregants who prayed in synagogues, and Muslims neighbors who still today watch over abandoned sites. Whenever possible, these interviews are done in the local dialect (e.g., Mukhluf Mamman, in the video below, recounts in the Judeo-Arabic dialect of Fez, Morocco, his memories of the Saba Synagogue in the city’s mellah). 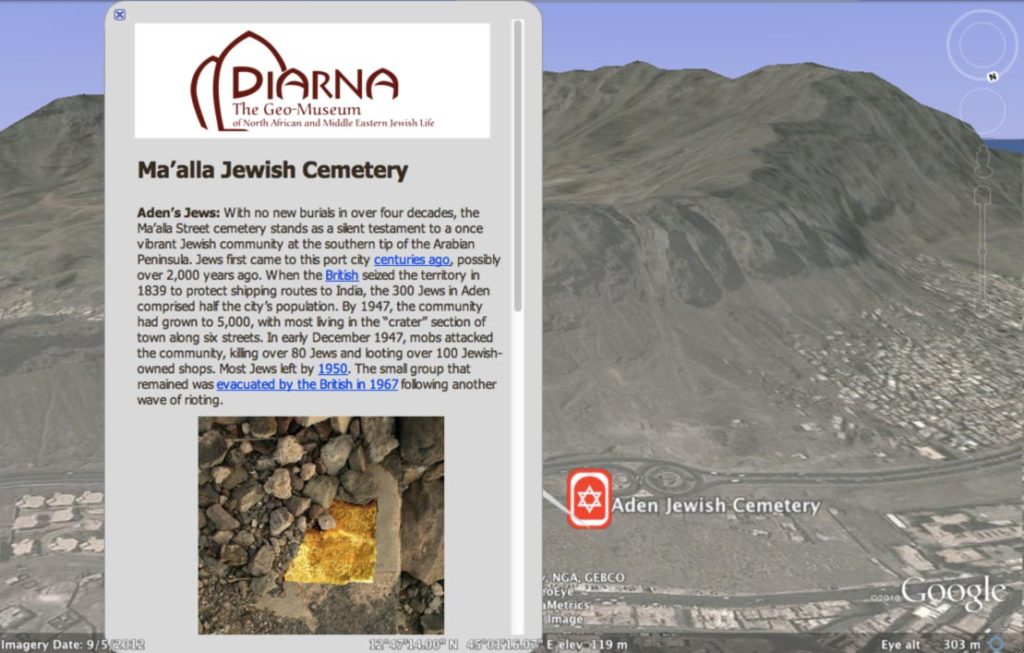 Diarna’s Geo-Museum combines these six core elements into interactive exhibits that enable visitors to experience history, location, and heritage in unique ways. This ground-breaking fusion of mapping, architecture, photography, and film helps digitally preserve precious heritage sites in perpetuity, and to make them accessible to people of all backgrounds anywhere in the world.