Insights No.2 “The al-Qoosh Shrine of Nachum”

“The al-Qoosh Shrine to Nachum” is the second installment of Insights: a Diarna series spotlighting Jewish sites across the Middle East. Insights is being made possible by a generous grant from the Elizabeth and Oliver Stanton Foundation. This month the series presents a Judeo-Kurdish shrine in Iraqi-Kurdistan. 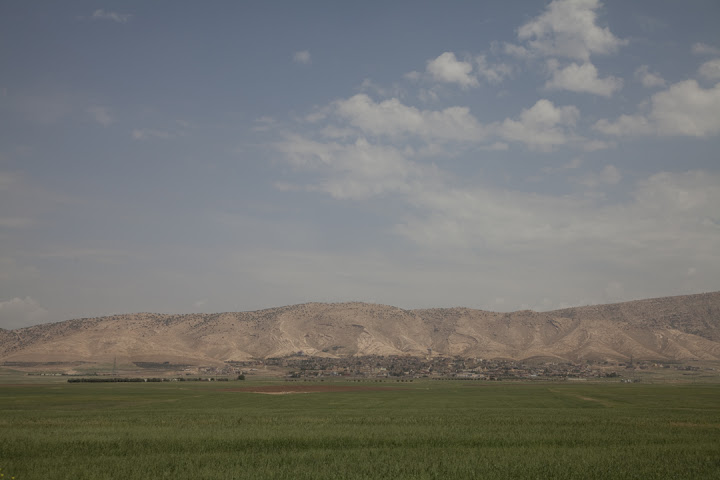 Nestled at the base of the first mountain ridgeline of the northern Iraqi highlands lies the tomb of the Prophet Nachum. 62 years after the last pilgrimage to this crumbling shrine it is supposedly devoid of his bones and draws few visitors. And yet Hebrew etchings, some barely discernible, still adorn the walls and a restoration effort appears to be underway.

A team of Diarna researchers recently documented Nahum’s tomb as part of a 10 day expedition. They were warmly embraced and feted throughout their travels by Kurds who fondly remember their Jewish neighborhoods and friends, and have even preserved scarce remnants of their shared history.

Located in the Christian village of modern-day Alqosh, the tomb is believed to be hundreds of years old. What is known is that it underwent a major renovation in 1796, funded by Jewish communal leaders from Baghdad and Basra. 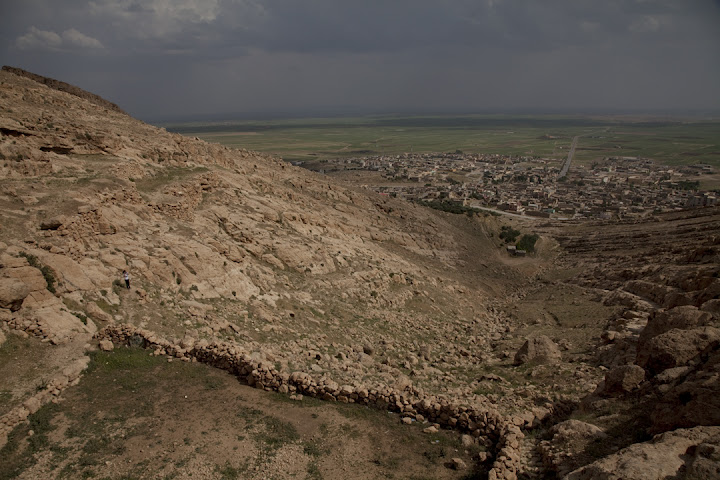 A visitor during World War I described how the shrine’s door could only be opened by a guardian with a large key on a long chain attached to his clothing. Persian carpets covered the floor. The walls of the compound contained hand-written Hebrew notes with prayers, similar to notes tucked into Jerusalem’s Wailing Wall.
At the center of the main room stood tall case covered in a green calico cloth with a gold crown on top, where Nahum was said to be interred. 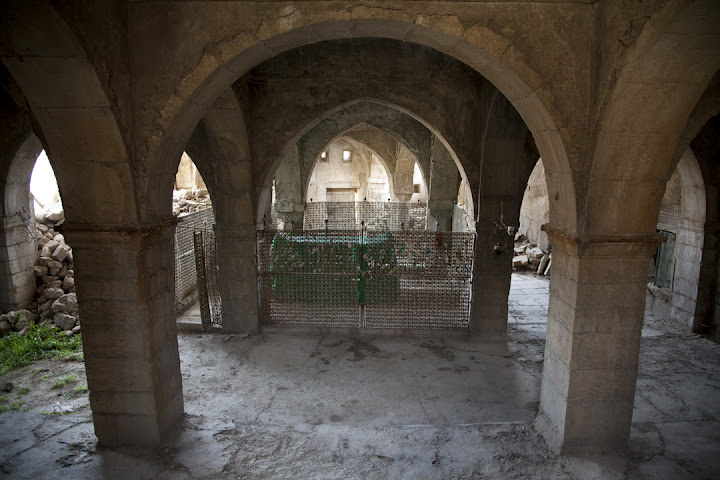 Today, a bright green cloth surrounds the sarcophagus and worn Hebrew plaques bearing the name “Nachum the Alqoshi” remain on the walls. An intact and detailed dome rises 2 stories overhead. The sarcophagus is surrounded by a spiral themed gate with a front and side entrance and cloth strips can still be found knotted to the gate, bound by past visitors as physical accompaniments to prayers which they hoped would find similar hold in heaven. 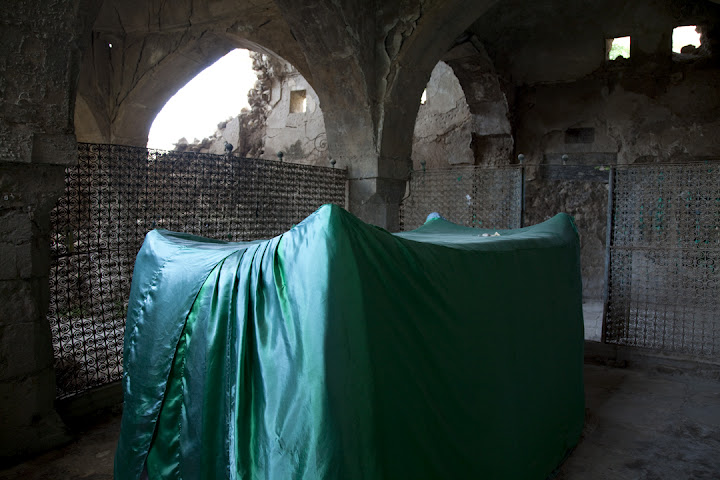 Around the gated sarcophagus is the main space of the hall supported by intact pillars and arches and still decorated with spiral themed candelabras and lantern fixtures. In addition to the main hall surrounding Nahum’s tomb, the compound includes rooms once intended to accommodate pilgrims. 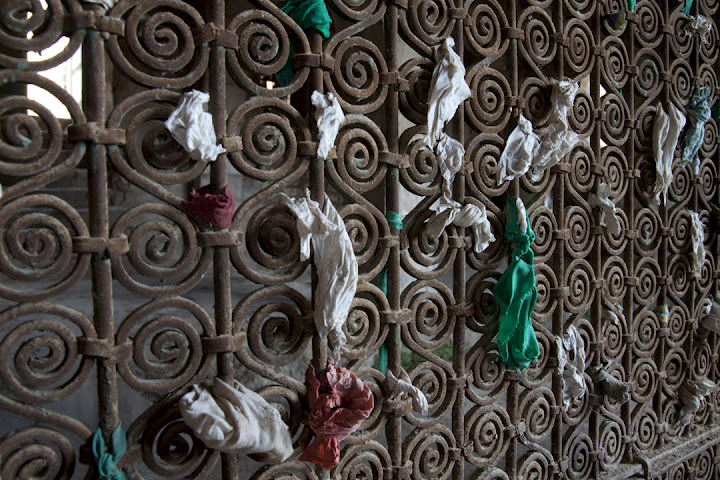 Pieces of cloth are left as records of prayers

The shrine’s roof and several walls have partially collapsed and the purported remains of the prophet have been removed to a nearby church.
Shavuot was known locally as the “festival of the pilgrimage.” During the Shavuot season several thousand people–some sources say almost the entire Jewish population of Mosul and surrounding villages–would arrive en masse. Young and old came together in special holiday dress and camped in the compound’s guest houses or in tents spread out in the surrounding fields. Some stayed for a full two weeks. 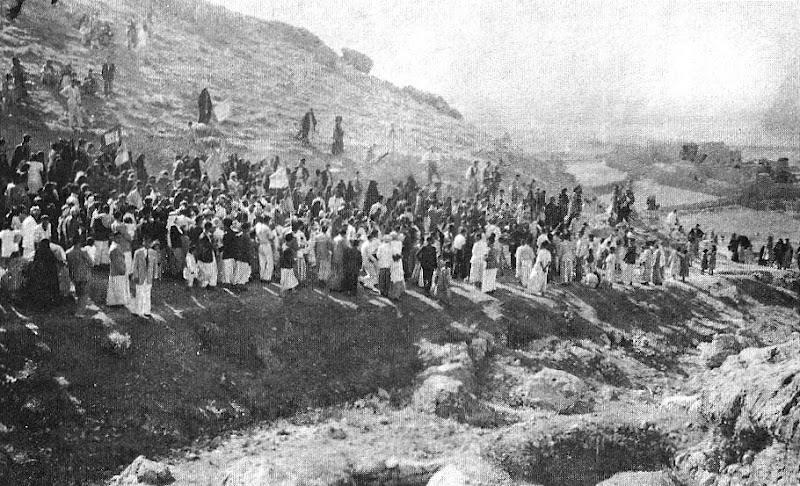 The highlight of the pilgrimage was a dramatic staging of the giving of the Ten Commandments at Mount Sinai, and a play supposed to pre-figure the battle of Gog and Magog. One of the local mountains used for the pilgrimages is still known as “Mount Sinai.”
According to an old Judeo-Kurdish saying, “He who has not witnessed the celebration of pilgrimage to Nahum’s Tomb has not seen real joy.” 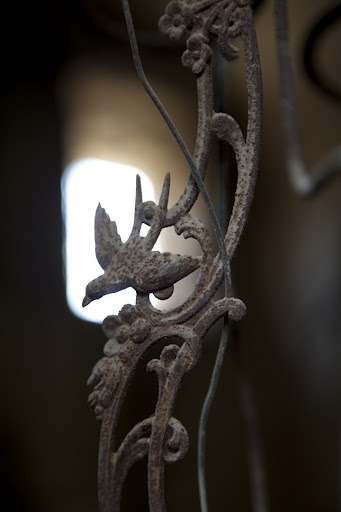 Antique lamp detail of a swallow, a native bird to Al-Qoosh