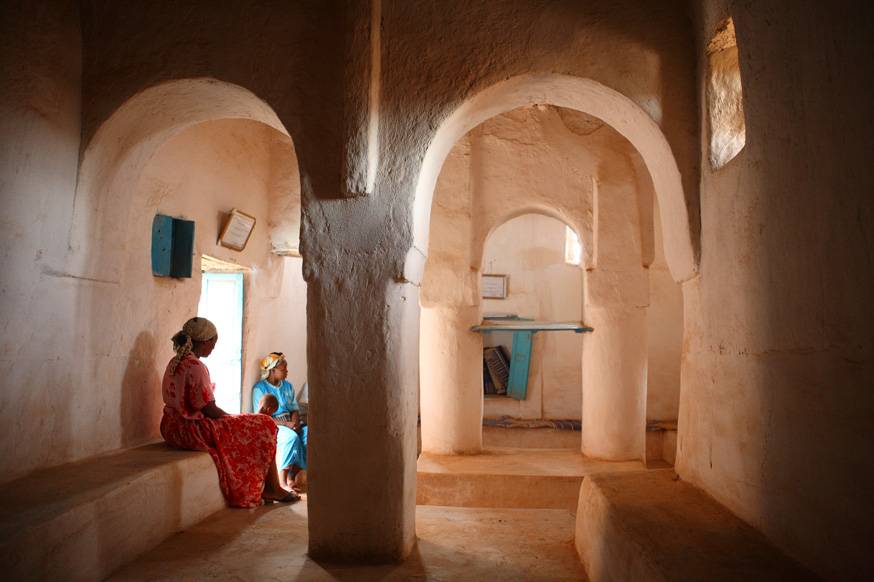 Diarna’s inaugural exhibit, D’fina, is uncovering more of the buried treasure (the meaning of “D’fina” in the Moroccan dialect) that is Judeo-Moroccan history and culture, with the release of draft materials on 62 sites. The ongoing exhibit expansion of D’fina to include sites across Morocco is being made possible with the renewed generosity of the Cahnman Foundation.

Spanning the entire country, from metropolitan centers to remote villages, D’fina will soon proffer a virtual passport to visitors wishing to explore mountain-top shrines of Jewish “saints” that continue to be voluntarily protected by Muslim caretakers, scorpion-guarded genizot (burial grounds for holy texts and objects), remote and forgotten Vichy labor and “discipline” camps where Jews and non-Jewish political dissidents were imprisoned during the Holocaust, anthropomorphic tombstones in seaside cemeteries, and synagogues on the edge of the Sahara Desert. Exhibit features are to include:

The majority of this new content stems from our most recent research expedition to central and northern Morocco, over the course of which more than 60 sites were documented in 11 days.

Get an advance preview of the new exhibit by clicking here.

While the work of creating a new D’fina is ongoing, we click on the link above to view 2,300 photographs, two 3-D models, 38 site summary excerpts (in English and French), several videos, and a virtual tour of 26 panoramas — as an advance preview of what is to come. The entire exhibit is in the process of being renovated.