Enrico Macias, recent recipient of the American Sephardi Federation’s Pomegranate Lifetime Achievement Award, is one of France’s most popular singer-songwriters. Entertaining audiences around the world for over 50 years, the artistry and the pain that drive Macias’ music lie buried across the Mediterranean, in his native city of Constantine, Algeria —a city he has not seen in over five decades. His improbable journey to stardom begins with a small record store in the city’s casbah… and the murder of the store’s owner in 1961.

Diarna presents a special edition of Insights, a video series that spotlights Jewish sites throughout the Middle East. Insights is being made possible by a generous grant from the Elisabeth and Oliver Stanton Foundation.

Constantine is a unique city, perched 50 miles south of the Mediterranean coast atop a 2,000 foot rocky outcropping surrounded by gorges. Jews have lived in Constantine since its founding over two thousand years ago. The city’s Jewish quarter lies at the edge of a cliff, decorated by bridges that span the gorge below. 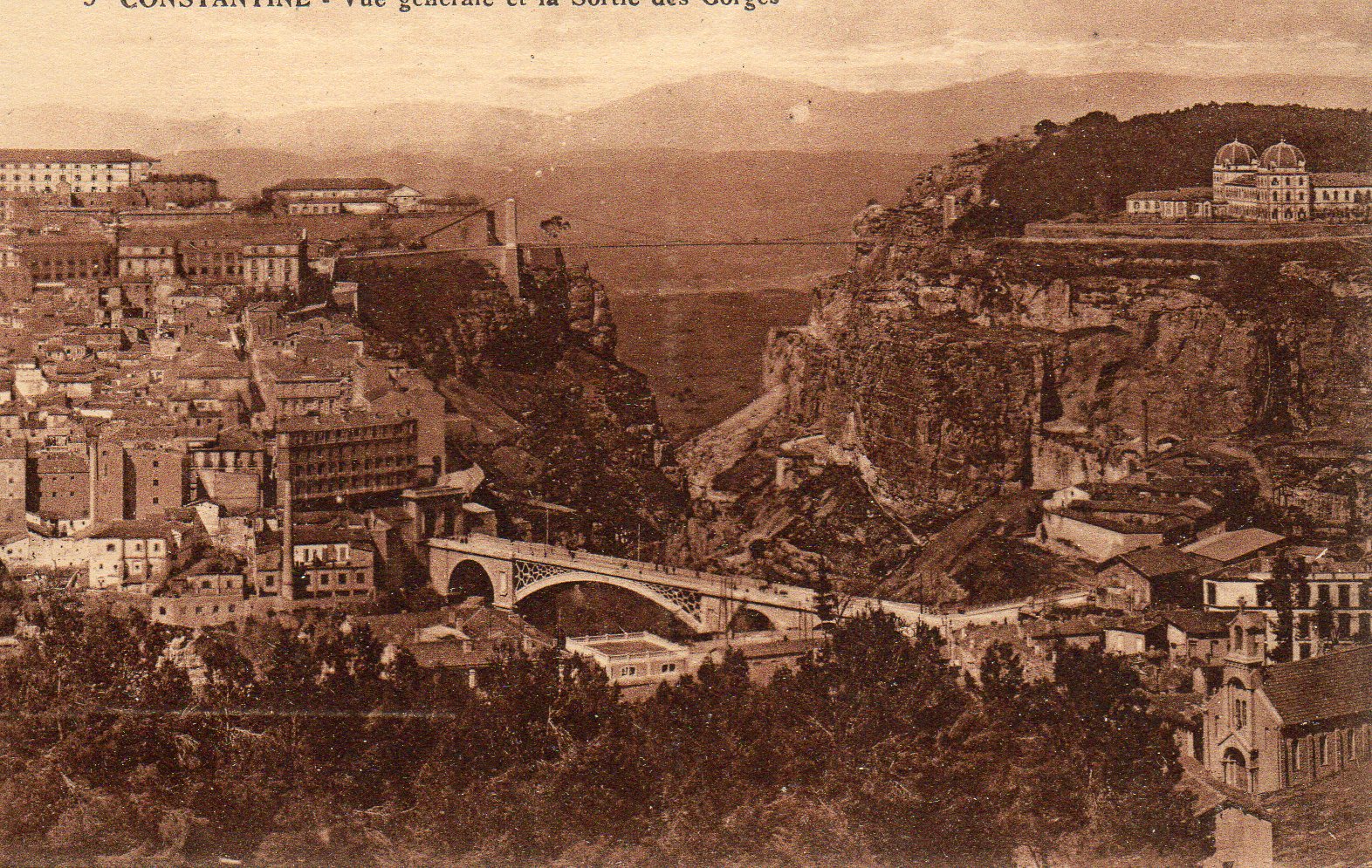 Enrico Macias grew up on the edge of Constantine, on the city’s northern precipice. His father Sylvain Ghrenassia was a violinist who played in an acclaimed Jewish-Muslim Andalusian musical ensemble led by Raymond Leyris – a man who would profoundly shape Enrico’s life. Leyris was accorded the title “Cheikh” by fellow musicians when he was only a teenager — a sign of his mastery of the eastern Algerian musical tradition of Malouf. Cheikh Raymond played with Muslims, Jews, and Christians, singing in Arabic and composing songs that combined classical motifs with contemporary styles. In 1954, Raymond and Enrico’s father Sylvain launched their own record label. They also opened a small record store called “Disques Raymond” at #3 Rue Zevaco in the heart of Constantine’s casbah, just a few blocks from Enrico’s home. The store featured a treasure trove of North African music and helped promote the local music scene.

Enrico often visited the record store and watched his father perform with Cheikh Raymond. The younger Ghrenassia learned to play guitar and so impressed Cheikh Raymond that Enrico was invited to join his orchestra as a guitarist – bucking malouf norms. The deep connection between Enrico and Cheikh Raymond only grew when the young man married the maestro’s daughter, Suzy, officially becoming a member of the family. 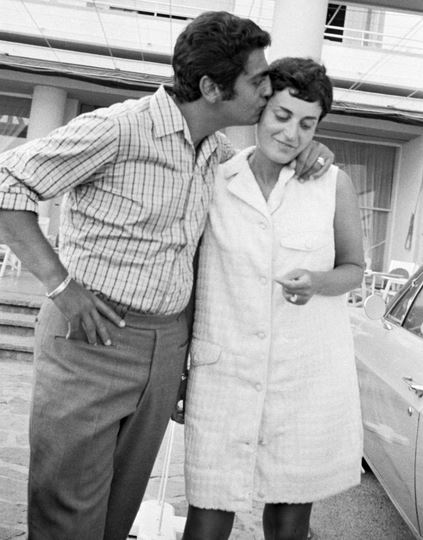 Enrico Macias and his wife Suzy, daughter of Cheikh Raymond

But surrounding the musical performances and marriage a storm was brewing. Algeria was in the midst of a bloody and extended civil war. And the bloodshed would ultimately strike close to home. Amidst the horrors of Algeria’s War, Cheikh Raymond tried to live a life uncompromised by politics. He succeeded until June 22, 1961. 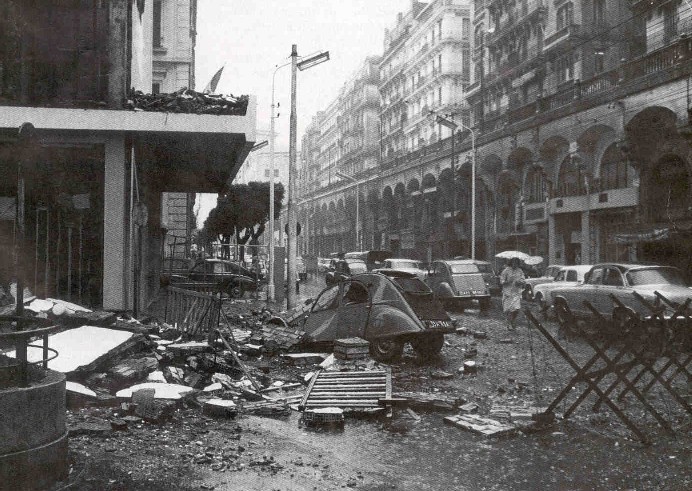 After locking-up his record store, Cheikh Raymond walked hand-in-hand with his daughter Vivaine, Enrico’s sister-in-law. They headed towards the bustling market at Place Negrier. As they passed by the Sidi el-Kettani Mosque and the Jewish tribunal, a man approached and fired two bullets into Cheikh Raymond’s neck. Cheikh Raymond’s murder was a sign that Jewish life in Constantine had no future. Within a few weeks of the murder, Enrico Macias and his family fled for France. They left behind their beloved Raymond, buried in Constantine’s new Jewish cemetery. They also abandoned the old record shop, a decaying memorial to a lost coexistence forever shattered. 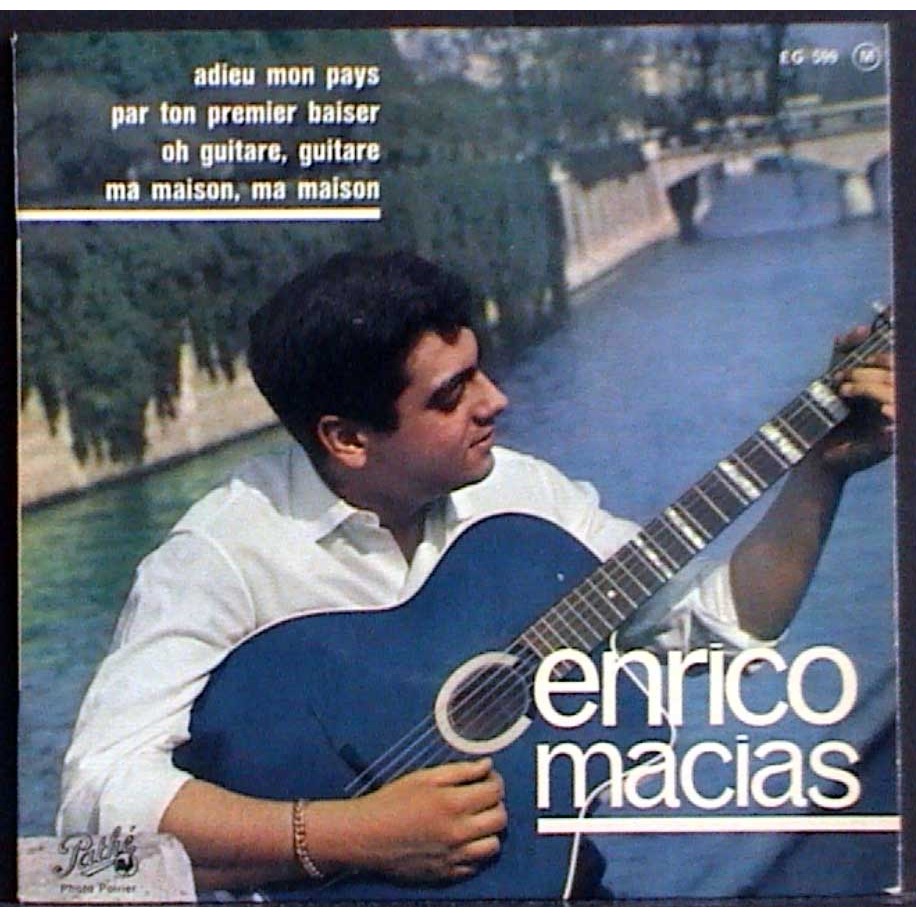 Enrico arrived in France and channeled the pain of his murdered father-in-law and mentor into his music, launching his career as a global superstar with the hit “Adieu mon pays” – “Goodbye My Homeland”:

I left my country, I left my home/ My life, my sad life languishes without aim/ I left my sun, I left my blue sea/ Memories of them reappear, long after my farewell

In 2007 Enrico Macias planned a concert tour of Algeria, only to have it blocked by the Algerian government, which has repeatedly denied him a visa. While Constantine has been central to his music and his identity, Macias remains unable to return to Raymond’s grave, to his old home, or to the Disques Raymond record store. Denied permission to visit his hometown, Macias has recently announced that he will be moving once again – this time leaving France, his surrogate home, to make Aliya to Israel. Meanwhile, Cheikh Raymond remains silently in the Jewish cemetery, his grave overlooking Constantine from the other side of the gorge. 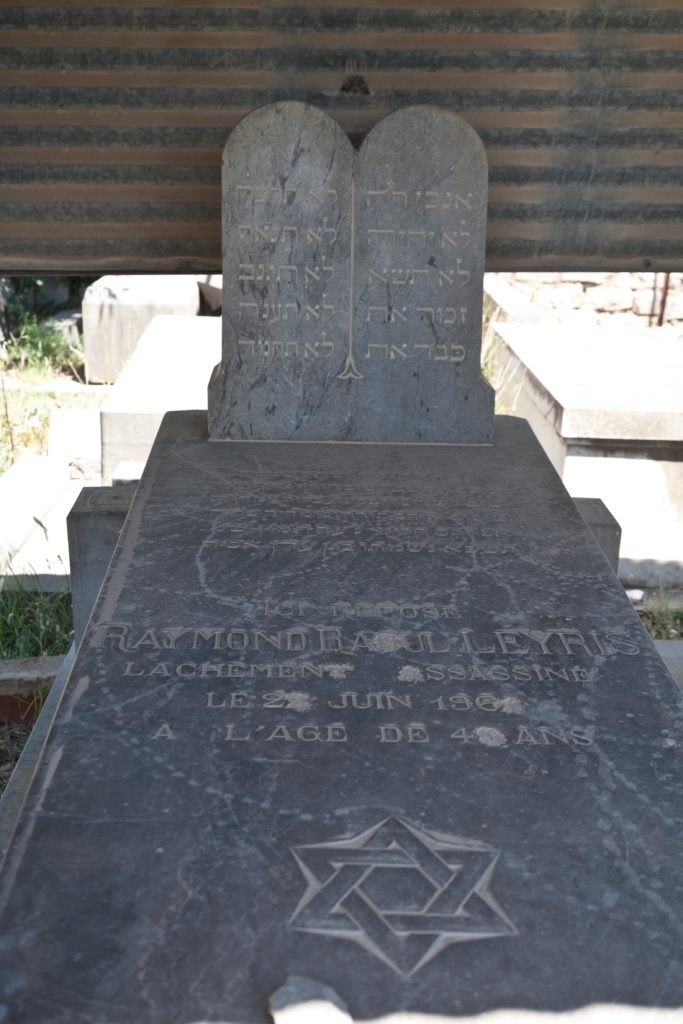