Diarna Featured in Encyclopedia of Jews in the Islamic World 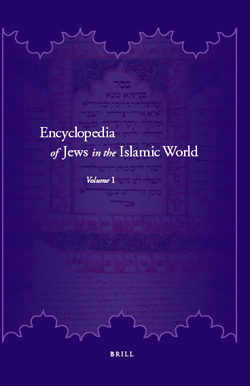 Encyclopedia of Jews in the Islamic World

Diarna is generously featured as “an example of what scholars can expect in the future” in the recently released Encyclopedia of Jews in the Islamic World, an unprecedented five-volume (including index) work published by Brill that “aims to fill the gap in academic reference literature on the Jews of Muslim lands particularly in the late medieval, early modern, and modern periods.” A collaboration of 350 internationally-renowned scholars, the Encyclopedia‘s executive editor is Norman Stillman, a pioneer in the field, author of the classic Jews of Arab Lands: A History and Source Book, and the Schusterman-Josey Professor and Chair of Judaic History at the University of Oklahoma. Diarna’s own lead academic advisor, Sophia Moses Robison Professor of Jewish Studies and History at Wellesley College and Chair of the College’s Jewish Studies Program, Dr. Frances Malino, and several advisory board members contributed to the Encyclopedia‘s more than 2,000 entries. Here is an excerpt of Diarna’s listing:

“A collaboration between Digital Heritage Mapping and Wellesley College’s Jewish Studies program, among others, has created a new project called Diarna, the Judeo-Arabic for “our homes.” This project is focused on preserving the Mizrahi heritage through Google Earth mapping and imaging. Priority in this online work is placed on individual locations throughout the Middle East. With the combined efforts of Mizraḥi experts, web designers, photographers, researchers, and interested natives, featured locations contain a ground-level map, submitted photographs, and descriptions of the site by both experts and native observers. Diarna will also host videos and links to books and articles relevant to each site. Like the Internet itself, the Diarna project may never be entirely complete, but it promises to remain centered on Mizraḥi heritage preservation efforts.”

A preview of the Encyclopedia can be read here.